I have been working so hard this Summer. And yes. The old blog gets forgotten in the mix.

Most people follow my writing updates on FB anyway...but hey...let's do this!

I'm finishing up the first publisher edit of BLOOD DIVIDED, book two in the Soul War. Sequel to SOUL BORN. It's really looking good. Very excited about its 2020 release. It will finally see the respect it deserves.

Writing wise, I'm not writing anything new at the moment. I'm editing my work, and doing an edit job for another author. I'm seeking some content editing jobs too.

A lot of my time is spent branding and promoting CASTLE BROSKULL...which is doing amazing. It has turned out to be a very successful business. The more time I put in, the more I get back. It works that well.

I have lots of commissions in right now. New logos. New shirts. And more things to come.

I will be at a toy show in late Sept. And I will have signed books there. I will also be signing at this years Authorfest in Powells. I do this every year. It's a fun event and a great learning exp.

This year, at Powells, I will represent both my writing and Castle Broskull. So I'll bring at least one or two cool projects with me to show off.

What have I been doing for fun? Well, I WAS between games. I wasn't sure what to play, so I went and started up a new game of Morrowind. I always pledged I would return to it. But starting new...wow... Lots of old memories from that game. Now, the graphics are tough to deal with and some of the fighting controls are bad. This is NOT Skyrim! lol. But I have managed to go further in the game then ever before.

That being said. I was not feeling it. So I ended up not playing anything for a while. Rewatched Buffy. Again. Like again-again. (maybe like my 7th or 8th rewatch since release...OK!) 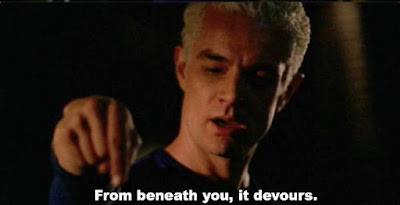 I was still wanting to game again...so...YES...I picked up World of Warcraft Classic.

Way back in the day, I played WoW. I played for maybe 2-3 years when it first came out. For a while I was a casual player. I played Alliance as a Priest. I enjoyed healing in UBRS once or twice a week. It was fun.

Then Burning Crusade came out and I went Horde. No turning back. LOL. I was a Blood Elf Paladin who healed. I fell into one guild that was doing great and that one splintered off into another guild that became one of the best on the server. I saw it all. Every raid. All the end game content. It was amazing! I was really enjoying playing, but it got in the way of writing and I stopped. That was like 11 years ago.

I kept in contact with some of my WoW friends and they just started playing WoW classic so I figured it might be fun. I signed in and...yes...it's amazing.

Feels like the old days. 10-12 years have passed, but my old WoW buddies are there and its like no time has passed at all. And they are excited to be playing with me again. How cool is that?

(well, not like no time has passed. I mean I do have to level up...and I am so slow at that)(and my back hurts. lol)

How much will I play? Just a few hours a week. Same as I would my XBox, if I had a game I was interested in there. No more. Not like before... lol...

Posted by kevinjamesbreaux at 4:16 PM

Email ThisBlogThis!Share to TwitterShare to FacebookShare to Pinterest
Labels: Just For Fun, Updates