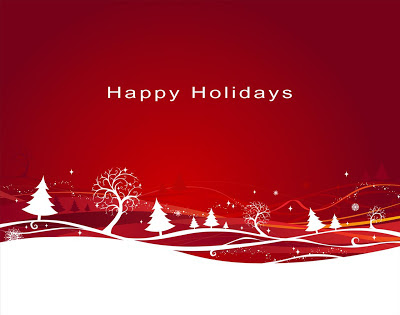 Happy Holidays to all,

Thanks so much for all your support and friendship in 2012. Writing has been a true gift to my life, and with it I have met some great fans and made some cool friends. Each week, when I get emails from people reading my work, I know just how lucky I am.

2013 will be a big year with huge new projects! Can't wait to see you all then!

Posted by kevinjamesbreaux at 11:46 AM No comments:

Email ThisBlogThis!Share to TwitterShare to FacebookShare to Pinterest
Labels: Just For Fun, Updates

Where have I been? Oh yeah... editing.

Sorry I have not posted in a while. I was reading, reviewing, editing, re-reading and re-editing like a mad man. Write Makes Might! And right now I am on R&R after a long year.

WOW. It has been one hell of a couple months. Since this summer I finished writing a huge novel and edited it. Then I re-edited two other novels. So yes, in the span of Oct.-Dec. I edited three novels. Any of my writer buddies reading this knows exactly what kind of stress plus mental and physical pain that can bring. And it was broughten. LOL. *cry* My poor back, it's seriously ruined.

Flashback! This summer a very kind agent explained to me an issue with my writing that I was unaware of. To top it off, this issue is probably the reason I have not found an agent in my 10+ years of searching. Once she pointed the problem out it was like a giant slap in the face wake up call. I saw it. I was blind before, but I saw it. I realized at that point that all my books had the same issue, even the ones in print.

After a small panic and some punch dancing in my office. I made a plan to fix my two unpublished novels and then resubmit them to the two agents who were waiting to read them. I also made a plan to fix up the last book in the Soul Born Saga... yet only slightly.

Yep, since this summer I finished FLESH ENDED, which was 180,000 words long and then edited the entire novel. I did all that work while keeping in mind that I wanted to still match up with Soul Born and Blood Divided. So I tried to keep the style similar, regardless of having grown as an author. Before sending it to my two test readers, I applied the fixes the agent told me about.... but only slightly. In this case I felt I needed to keep some of the mistakes so the book would blend in with the previous two, which I know have lots of mistakes. It's a sad state of affairs... sigh. Think of it like painting your living room a light shade of (pick a color). You are down to the last wall and run out. But then you find out the paint you were using was cheap and will not last very long. So do you buy the cheap paint and finish your project or buy the new better paint that will not entirely match right? It's a hard decision. I tried to find a happy middle and do a little of both.

So where did I start?

Well, you can go back in this blog and see how much I was writing this summer. I tracked some of it here. You can see the crazy word counts I was reaching... and then...

There was a crazy, mind-numbing two weeks back in Oct... I think Oct... its all a blur and my memory of the past couple months is spotty... I spent two weeks, editing my Urban Fantasy novel like the end of the world was coming. I fixed it up. I sent it to my editor. She suggested fixes to the main issue the agent pointed out, and she also did a whole new line edit. Then I went for a sprint to the finish and edited the entire book again. Working 10-12 hours a day... It was insane! I can't remember exactly how many days it took, but I did it. With the book done (in better shape than ever) I handed it over to the agent waiting for it and finally took a breath. FYI- I have not heard back yet. That agent has been SUPER busy. I respect that. I can wait.

At this point I finished my work on Flesh Ended... and found out that another agent wanted to see my Norse Myth-Horror-Dark Fantasy-Thriller-Alternative History-Horror book. Wait, did I say horror twice? :) I am very proud of this book.

This agent, like the other one, was super nice. She requested the full, but told me where it was in line with her other requests. This gave me a month to fix it up, and whammo I was off to the races again. I spent much of Nov. reading and editing. Again, I edited the book and sent it off to my editor up in Portland. She was kind enough to review all my fixes to the main problem and suggest more line edits to streamline the book, actually dropping it down about 3,000 words to 114,000.  So after her review, I was back to editing. I spent 10 days. From 8-12 hours a day editing it and was able to hand it into the agent on the exact day I promised. That was last week....

All and all I can say this (breathe)... I have never worked this hard in my life. The last six months, wow. Especially the last three months, crazy. ESPECIALLY the month of Nov. Total insanity!

But I proved my point. I can flip a switch when needed. Become the bionic author-man, work at my craft until my eyes blur and my spine hurts so bad I am in tears. I have true dedication and a new mastery of my craft and it feels good.

To put things into perspective: Two books written. Three books, nearly 400,000 words edited. One short story written, edited and placed. 2012 is almost done and I am chasing an award.

After I was done last week I decided to just stop. I needed a break. I spent the last seven days in a sorta zombie-like state. This week I have been getting back to normal. Working on some house projects. Remembering its Christmas...

I say this all the time on FB and Twitter. Hard work must pay off, or dreams will die. I Google hard work quotes all the time. I see/KNOW that through history the people who have worked the hardest have reached their goals. So I keep telling myself 2013 will be my year. I have learned so much in 2012. I have made strides and advances in my career. I can see the steps I have made forward. I am closer to reaching my goal of landing an agent.

So what are my plans for now. Rest. I can't remember a time in the last year that I took a week off from writing and editing. Yes, I type that after just taking a week off, but I plan to finish out Dec. resting.

I know I can do it. I already proved it in 2012. All I need now is an agent to back me up. Join Team BREAUX. Go for the Gold together.

Posted by kevinjamesbreaux at 12:53 PM No comments:

Email ThisBlogThis!Share to TwitterShare to FacebookShare to Pinterest
Labels: Updates

kevinjamesbreaux
Kevin James Breaux has written seven books and devoted the past ten years of his life to crafting short stories and novels. He is a member of the Horror Writers Association, and the Science Fiction and Fantasy Writers of America. Breaux is always enthusiastic about the challenge writing presents. He lives by the motto “Write Makes Might!”© and sees each new page as an opportunity to improve and advance.
Newer Posts Older Posts Home
Subscribe to: Posts (Atom)